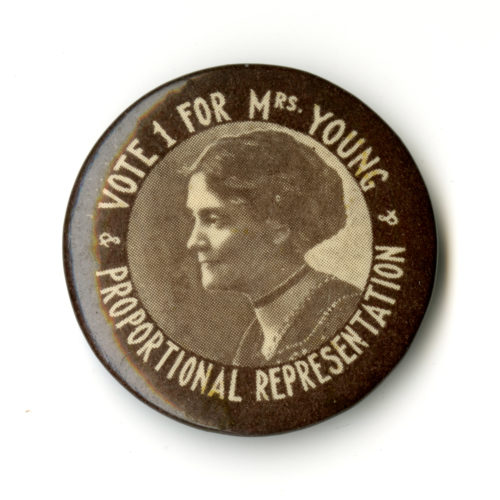 Inspired by Catherine Helen Spence, she became secretary of the Effective Voting League in 1897. She wrote and delivered lectures about proportional representation, and in 1900 she and Spence campaigned in Sydney for eight weeks to have the Hare-Spence method adopted in Federal elections. They were not successful. After Spence’s death Jeanne completed and published her mentor’s unfinished autobiography in 1910.

This badge was probably used during the eight week campaign in Sydney.

On loan from The Muriel Matters Society Inc., MMS122B 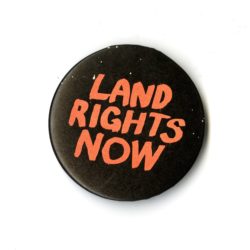 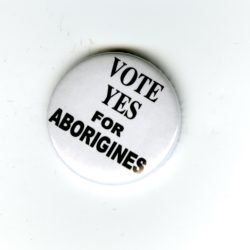 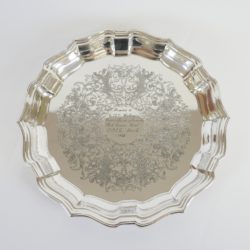 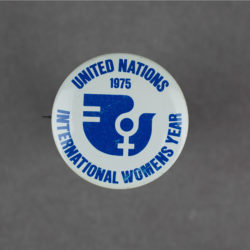