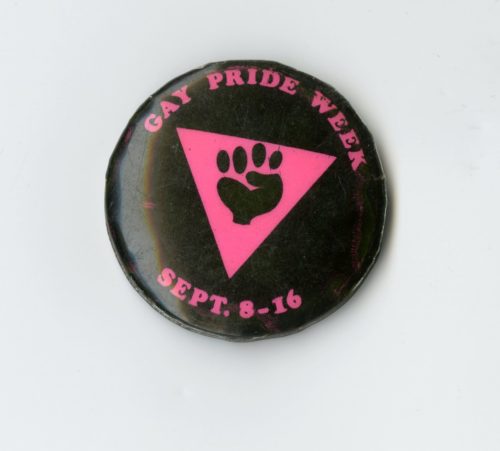 This badge was produced to celebrate Gay Pride Week in September 1973. ‘Gay’ was an inclusive term which was used by radical lesbian women and homosexual men to describe their sexuality.

The pink triangle on a black surround was a symbol used by the 1970s gay liberation movement because it was used by Nazis to identify homosexual men in concentration camps. 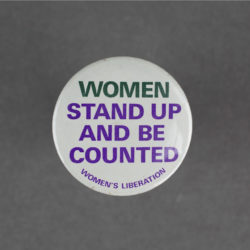 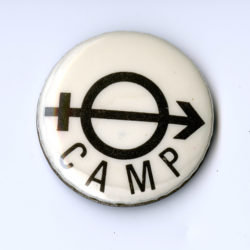