Queen Elizabeth II was the first reigning monarch to visit Australia. As Sovereign she visited Australia sixteen times and stopped in Adelaide seven times. Royal visits are a chance to familiarise our Head of State with our cities and present the culture and industry of Australia.

Her Majesty, the Queen and His Royal Highness, the Duke of Edinburgh spent 58 days in Australia from February to April 1954 and in that time visited 58 towns. The visit to Australia was one leg of a six month-long tour of the Commonwealth in which they visited thirteen countries. It is estimated that close to 75% of Australia’s population saw her in person on this visit alone.[1]

The tour received huge publicity on television, in print, on radio and in souvenirs. Her visits to capital cities included formal music and dinner events. Displays and demonstrations were performed by school children in all the towns that she visited. The visit was also the opportunity for her to perform her constitutional role of opening state and federal parliaments.  She hosted various events at State Government Houses. Other duties she performed included wreath laying at state war memorials and parades of ex-service men and women.[2] This was a chance for the Queen as our Head of State to acknowledge the contribution of Australian men and women in the Second World War as a member of the British Empire. She also attended meetings with various women’s groups and numerous local programs.

Another feature of the 1954 visit was the golden wattle dress designed by Norman Hartnell specifically for her visit to Australia. The Queen wore it on her first and final evening engagements of the tour in Sydney and Perth. The dress is most familiar from the ‘wattle portrait’ painted by Australian artist Sir William Dargie at the end of 1954. It is this portrait that appeared on naturalisation certificates of new Australian citizens from 1955 until 1973.[3] Prints of the portrait were hung on walls in federal, state and local government departments as well as in courthouses, schools, hospitals, libraries and RSL clubrooms.

Almost a decade later, the Queen returned to Australia with The Duke of Edinburgh. This time they stayed in Adelaide for just over two days and visited the suburb of Elizabeth. The formalities included the  unveiling of the sculptured fountain designed by Geoffrey Shedley in commemoration of Her Majesty giving approval for the naming of the new suburb in her honour in November 1955. At the invitation of the State Government she also visited the General-Motors Holden plant which was held as an example of Australian industry in action.

The itinerary of Royal visits illustrate the political, social and cultural changes that Her Majesty Queen Elizabeth II witnessed during her 70 year reign.

On her visit in 1977, Queen Elizabeth II opened the Southern Plaza of Adelaide Festival Centre and visited Rundle Mall which had only opened the previous September. She also attended the final performance of ‘North Malaysia Week in Adelaide’ held in Elder Park.

In 1981 Her Majesty stopped in Adelaide on a flying visit between Launceston and Perth. She met with Royal Australian Air Force personnel and dependants at the RAAF Base in Edinburgh.

The first stop on the Royal visit of 1986 was Canberra. Here, the Queen Proclaimed the Australia Act which formally separated Australian law from British parliaments and courts. Arriving in Adelaide via Sydney and Melbourne, Her Majesty attended a range of events held to mark the centenary of colonisation in South Australia. These included floral displays, children’s demonstrations, opening the foreshore redevelopment in Whyalla and Carrick Hill Historic House Museum & Garden, and inspecting the Colonial Guard at Fort Glanville.

Queen Elizabeth II only spent eight days in Australia for the Royal visit of 1992. The final day of the trip was spent in Adelaide where she opened the Lion Arts Centre.

In 2002, the Queen stopped briefly in Adelaide before heading to Brisbane for the Commonwealth Heads of Government Meeting (CHOGM).

Royal visits are a part of the history of national pride in Australia. This was especially the case for the 1954 tour. For Australia, the visit was a chance to promote the post-war development of the country, while for the Crown, it was a chance to strengthen alliances throughout the Commonwealth countries. Despite the reduction of imperial influence in Australian politics and daily life there remained an enthusiasm for the Royal family and British traditions in Australia. At the time of the visit in 1954, most Australians had a British connection and a longing for common values, aspirations and heritage. While migration to Australia has changed, in 2020 those born in England (980,400 people) continue to be the largest group of overseas-born residents, accounting for 3.8% of Australia’s total population (and 8% in South Australia).[4] 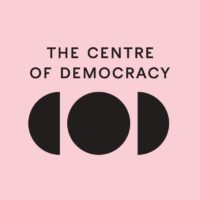