In the last few years, “active citizenship” and its practice has become more and more prevalent in political discussions, but what does it actually mean? During my internship with the Centre of Democracy, I was tasked with figuring this out.

Put shortly, active citizenship is about civic engagement, but how that looks in real life is changing dramatically.

Citizenship is not just a legal status, but the way you participate in your community and the duties you carry out. Traditionally, this would look like paying taxes and voting (duties) or going to school and voicing your opinions (rights). Citizenship theories often place more value on duties or rights depending on where they stand. Active citizenship, on the other hand, can be seen as the articulation of the debate between rights and duties. To be an “active” citizen implies carrying out responsibilities and exercising rights in a balanced way, being part of the community through individual civic engagement.

Why is this all important? Well, put simply, without citizens actively engaging in political society, democracy can suffer. However, there is a myth that pervades active citizenship discussions, and that is the myth of the disengaged youth population, killing democracy through apathy towards any sort of politics. This, though, just isn’t the case. Yes, as recently as 2013, 4.1 million Aussie voters cast no valid vote, but voting is just one way to engage with political society (one that is blocked by an age barrier no less). Active citizenship can also include volunteering, activism, and participation in social movements. In fact, research shows that there are 6 possible categories for young people’s participation within political society: voluntary work (both formal and informal), informal political action (activities focused on bringing about or preventing change), activities with political implications (activities that have political qualities but not focused on change), awareness-raising (informing or challenging other opinions), altruistic acts (random acts like giving blood or donating to charity), and general social participation (solidarity with others through “neighbourly” acts).

The myth of the disengaged youth is not helped by the risk society we find ourselves in. As time has gone on, the traditions and social structures we have relied on for thousands of years have evaporated, bringing about freedom of choice but also risks. This primarily affects young people, who are seen as “at risk” of certain dangers. While young people might have the right to participate, their age and the “risks” surrounding it mean that some activities are off limits, leaving only very limited avenues of participation open, such as protest, activism, and digital citizenship.

Young people have been engaging with the new world of digital citizenship more than any other generation, organising themselves online, creating online movements and resources without borders. Not only is the internet truly egalitarian to those who can access it, in that it does not require a minimum age, but it is now allowing young people to fully participate in a society that was once locked away from them until they turned 18. Young people and digital citizenship are changing the narrative of active citizenship, requiring not voting power, but political agency as the essential ingredient.

So, if you feel frustrated in the options for participation offered to you as a citizen, remember that there are other ways to be an active citizen. Voting is important, but so is engaging with your community, you can do this in a number of ways. Volunteer with local groups, write to your local MP, join protests and online forums, and think about what you want to see from your government (be it local, state, or federal). We all have a role to play within a democracy and that extends well beyond voting and paying taxes.

Cao’s textbook, even though it is primarily about the intersection of the environment and citizenship, was very helpful when it came to developing theoretical perspectives regarding citizenship and understanding its history. I used this primarily to explain Liberal and Republican theories of citizenship, and I found it a very good resource and primer, as it was something I returned to a few times throughout my writing.

Marshall has a few iterations of his seminal work, “Citizenship and Social Class,” but the version in the 2009 textbook “Inequality and Society. Social Science Perspectives on Social Stratification,” was particularly useful when writing this research report. Marshall’s work is seemingly the only “canon” of citizenship literature, and he explains everything clearly and concisely. His work holds up to theoretical test and his three-pronged approach to citizens’ rights is helpful in understanding the value of rights protection, especially in terms of active citizenship.

Dalton’s work offers a particularly helpful definition of citizenship, essentially dividing it into duty and engagement (or, put differently, obligations to the state and the exercising of protected rights). Instead of thinking of citizenship as Republican or Liberal, Dalton takes portions from both theories to define citizenship in his own way. This middle ground was useful in discussing active citizenship, as the term also falls into this midpoint.

Heggart, Arvanitakis & Matthews make the argument throughout their paper that without active engagement in political society, democracy can suffer, and the way to promote active engagement is through citizenship education. They define civic engagement as “the ways in which citizens participate in the life of a community in order to improve conditions for others or to help shape the community’s future,” (Adler & Goggin 2005, p. 236), which essentially expands the commonly held belief that voting is the most political activity a citizen can engage in. This expansion within citizenship literature was particularly important in the context of digital citizenship and the ways in which young people may engage in political society. Regarding young people, Heggart, Arvanitakis & Matthews argue that the best way to teach students about citizenship is not expecting them to be “citizens in waiting”, but to allow them to self-identify. This paper was useful throughout the report writing process as it challenged the status quo, not only of citizenship education, but also of civic engagement, opening the door for further discussion regarding the new forms of engagement emerging today.

Zivkovic’s paper “The need for a complexity informed active citizenship education program,” was one of the only papers locally produced and locally focused that I found throughout this research. That in itself made it invaluable. Zivkovic’s examination of a South Australia councils active citizenship program and how it intertwines with real life scenarios of leadership was refreshing, as many papers previous to this had only considered active citizenship in terms of education or something that a singular person might participate in. In reality, the blocks faced by participants of this program were applicable to most leadership situations. Zivkovic also proposes solutions to these problems. This paper was one of the first found in my research and remained a key text throughout writing this report. Zivkovic’s work points to the need for a systematic attitude change within the City of Onkaparinga, and possibly throughout the state of South Australia, so that people attempting exercise active citizenship can do so without fearing being blocked by others. 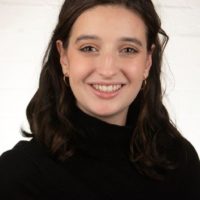 Katie came to the Centre of Democracy as an intern from the University of Adelaide. She is studying a Bachelor of International Relations alongside a Bachelor of Arts. For her internship she undertook research on the notion of active citizenship and its application.