On 18 December 1894 the South Australian Parliament passed the Adult Suffrage Bill which granted women the right to vote and to stand for election. Since this required a change to the Constitution of the Parliament of South Australia, royal assent was required. The Bill was enacted two months after its passing, when Queen Victoria signed her Assent on 2 February 1895. 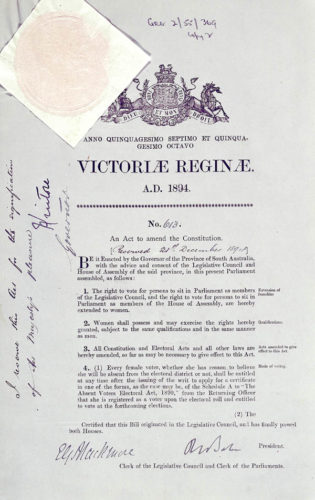 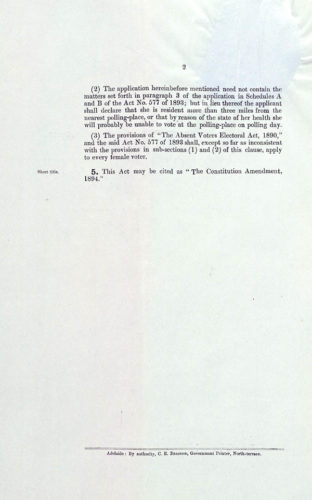 Six years later, to the date, Britain’s then-longest serving monarch who is alleged to have described the campaign for female suffrage in the UK as a “mad, wicked folly”, was buried. While the most powerful woman in the world (in this period) did not align herself with the women’s suffrage movement the fact of her rule nevertheless demonstrated, as the American suffragist Amelia Bloomer noted, that women have the capacity to operate successfully in public life and that it is right for them to do so. Ironically, then, Victoria’s very being seemed to contradict her claim that “we women are not made for governing”. Victoria’s position also held out the possibility (if not the promise) of women’s independence. Not being subject, as other women were, to the law of coverture, the Queen’s property did not become the property of Prince Albert upon marriage, nor was she required to take on her husband’s name. 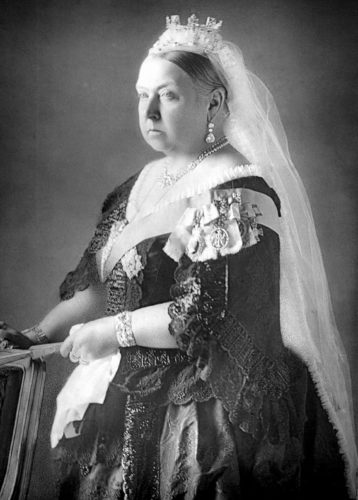 While female enfranchisement was achieved for women in South Australia in 1895 on equal terms with men – that is, for those over the age of twenty one, and without minimum property qualifications – it was another thirty three years before the Representation of the People (Equal Franchise) Act was introduced in the United Kingdom thereby according British women the same rights as their colonial sisters. 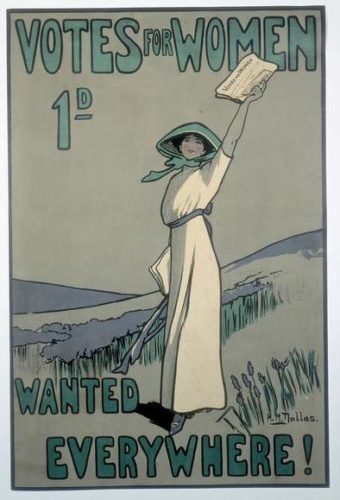