Suffrage activism by women in South Australia took place in a global discussion about women’s rights that was legal, political, and cultural.[1] In this post I want to consider two novels, Anno Domini 2000; or, Woman’s Destiny,[2] by Julius Vogel, and Nellie McClung’s Purple Springs [3] These works examine the call for women’s suffrage from different perspectives; Vogel’s imperial and McClung’s more specifically Canadian (and even Prairie Canadian), and temporally from before (Vogel) and after (McClung) the local achievement of women’s suffrage. Each depicts legal change through distinct literary forms; Vogel’s is a futuristic utopia while McClung’s is more realistic. Their approaches, while not indicative of any particularly national form of suffrage fiction or activism, do speak to the diversity of ways of imagining suffrage, each a part of a larger global discussion about women’s rights and legal reform. 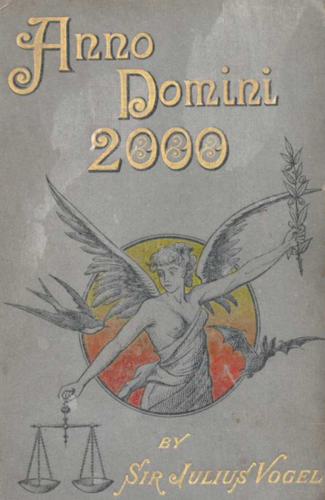 Julius Vogel’s 1889 novel Anno Domini 2000 depicts a future British Empire (“United Britain”) created by Britain and its former colonies. Notably, gender equity forms the crux of the novel; following an intervention by a group of powerful, benevolent capitalists who sought to redress gross inequalities of wealth, a new, more prosperous world has seen women come to the forefront of public and political life. Women’s greater “mental power”[4] guides society, bringing “faculties of imagination that are the necessary adjuncts of improvement”.[5] Women hold many of the Empire’s positions of power, with one notable exception: the Imperial Emperor is an inherited, male title. This remaining inequity is the central political debate of the novel, alongside romance, science fiction, and adventure plots (Airships! Lost tribes! Kidnappings! A British conquest of the US in a chapter titled “The Fourth of July Retrieved”!). Ultimately, the required constitutional change to enable a female successor to the crown is made, and the novel ends with a foregrounding of legal process through a legislative “Act considered especially memorable, since it removed the last disability under which the female sex laboured”.[6]

Vogel’s choice of a science fiction, utopian form to depict a world of prosperity and gender equality has a prefigurative tone, unsurprising perhaps as the novel was written four years before universal suffrage for women was passed in New Zealand. It is telling that he chooses this futuristic setting to depict legal reform as the means for securing women’s rights. By doing so, he sets out possibilities for rights as both imagined and possible, dramatizing, and so representing, women’s involvement in the process of legal change to enable gender equity. Indeed, as Philip Steer argues, gender equality in Anno Domini 2000 is a distinctly Antipodean idea, something New Zealand brings to the Empire and so “the means by which the metropolis encounters modernity”.[7] Vogel’s utopian form becomes a way of imagining reform as possible, and while it may be argued that the more fantastic aspects of the novel militate against readers easily embracing Vogel’s vision, enabling them to imagine change and how it might be legally accomplished is a central part of his engagement with the utopian form.

Like Vogel, Canadian Nellie McClung led a political life; involved in the campaign for equal suffrage in the province of Manitoba, McClung was a writer, politician, and social justice activist. One of the five women who brought the 1929 Supreme Court of Canada case that recognised women were legal “persons”—and so able to be appointed to the Canadian Senate—McClung also held eugenic ideals and supported legislation legalizing the surgical sterilization of disabled persons in Alberta. McClung’s legacy informs how her fiction is now read, both as works with progressive, feminist aims and as works entangled with eugenic and racist ideals. 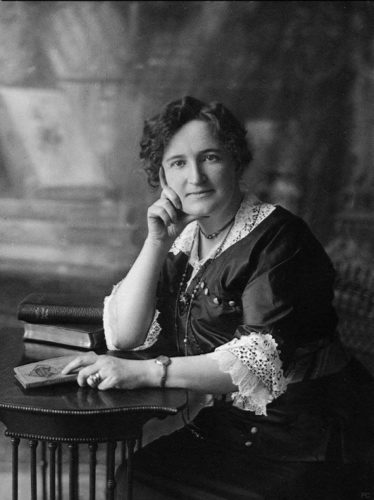 McClung’s Purple Springs is a very different novel to Anno Domini 2000. It is largely realistic, with a romance plot and a strong stream of satire. The third part of a trilogy set in the province of Manitoba, Purple Springs was published in 1921, years after women had suffrage in Manitoba (1916) and federally (1918), but taking place before the Manitoba suffrage amendments. As such, it views suffrage from after it was achieved, and yet “should not be understood only as a nostalgic memorialization of the push for the vote… Purple Springs is rather about what women should be doing with the vote”.[8] And what this is is to change law to better the place of women, who can guide the community forward in its physical and moral health. This is literalised in the novel by a utopian space, a hidden hot spring in Manitoba’s north whose waters have a healing power,[9] and to which the novel’s hero, having facilitated women’s suffrage, will ultimately take her betrothed, healing him of his tuberculosis and enabling them in marriage to lead the community, strong in body and morals.

The novel traces the activism of Pearl Watson, a bright young teacher in rural Manitoba. Throughout Purple Springs Pearl’s eloquence and good example persuade others about the importance and rightness of suffrage and legal reform of women’s rights more generally. Most powerfully, a play Pearl becomes part of serves to sway a provincial election, leading to legislation that brings in universal suffrage. The play is a satirical women’s parliament, one that replicates the parliaments of men to make its point. Her parliament is certainly no utopia: McClung has a suffrage activist introduce it by saying “this is not the sort of Parliament we think should exist… this is the sort of Parliament we have at the present time—one side making all the laws”.[10] Through its satire, however, this women’s parliament exposes the gendered nature of law-making, its unfairness to women degrading to all. Coupled with McClung’s depiction of Pearl’s good influence (and, implicitly, the potential good influence of women more generally), this satire serves to demonstrate the importance of suffrage. By participating in law, women will be able to guide Canada forward.

From its position published after, but depicting events before, universal suffrage in Manitoba and Canada, Purple Springs thus conceives of women’s involvement in law making as necessary to the creation of more just laws for all. And while Anno Domini 2000 represents universal suffrage in a temporally different manner, this idea of women’s role in leading change is replicated even more literally, with the recognition that an Empress will be best suited to take United Britain forward.

It is worth underscoring that both novels’ ideas about women’s role in law making are deeply influenced by essentialist concepts about women’s natures, and that these, to very different effect, reflect similar essentialisms in anti-suffrage works. Such essentialism is a core aspect of how they represent the process of law making and legal change, as it was in Tom Bracken’s 1892 anti-suffrage work The Triumph of Women’s Rights: A Prophetic Vision.[11] Conceiving of suffrage in these works is thus also a process of conceiving of what women’s role in legal reform can look like. Both Purple Springs and Anno Domini 2000 represent law and legal process as integral to understanding what suffrage means, and, shaped by their cultural contexts and ideas about gender, race, community and empire, the place of women within this. Whether in Vogel’s prefigurative utopian perspective about the better world suffrage is integral to or McClung’s parodic women’s parliament that underscores inequality, imagining legal processes in which women are involved is necessary to imagining legal change and so to imagining women’s suffrage. 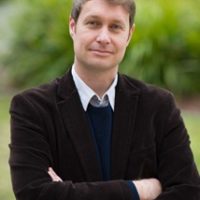