Elections can be interesting times in this country, and State. With the South Australian State Election in full swing right now I wanted to take the time to look back to a previous State Election. 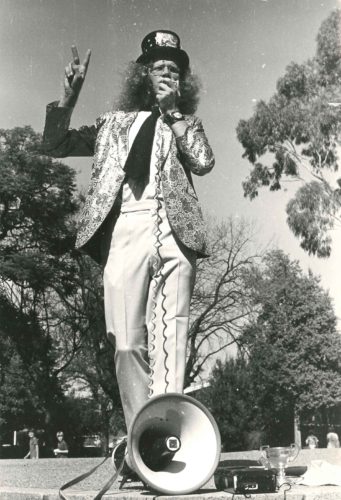 The early 1970s was a time of social and cultural change, and in South Australia, the Government was led by Don Dunstan. Andrew Parkin remarked that ‘the government saw itself as injecting energy and modernity’[1] into South Australia.  The State’s social and political climate was changing at a rapid pace. An increasingly political youth, the baby boomers, were taking to the streets demanding a say on issues that affected them most. In May 1970 an estimated 200,000 Australians took part in the first Vietnam Moratorium marches around the nation. Women’s rights were also a hot issue in the 1970s with the formation of the Women’s Liberation Movement in SA emerging out of the University of Adelaide[2]. Homosexuality – sex acts between consenting men over 21 years old – was decriminalised in 1975. Democracy too was changing and effective in 1972 South Australia lowered the voting age from 21 to 18. A new era in South Australian democracy had emerged.

In the lead up to the 1973 election established parties like the South Australian Liberal and South Australian Labor parties began to campaign. Independent candidates and small parties also threw themselves into the ring hoping to be noticed. In 1973 the Australian Political Chronicle documents that an assortment of 20 independents and minor parties were up for election[3]. A Pastor Overduin stood as a ‘pro-life’ anti-abortion candidate; there were candidates from all factions of the Social Credit League; the Australian Party; the Combined party; and the Happy Birthday party.

The Happy Birthday Party was the culmination of an unusual protest in Unley. Several local activists complained about the quality of candidates and nominated the unusually named candidate Susie Creamcheese. But who was Susie Creamcheese? How to vote cards held in the State Library of South Australia’s collection tell us that Creamcheese was a candidate who promised ‘…erotic playfulness, fun and enjoyment, levity instead of gravity. [My] policy is to assert the existence of reality’[4]. A photograph found in the University of Adelaide archives reveals Creamcheese dressed in cream slacks, black tie, metallic paisley blazer and glittered top hap with luscious wild curly hair flowing out from under it. Creamcheese was in fact Paul Paech, a student from the University of Adelaide, an On Dit student magazine editor, and social activist who changed his name for the purpose of the election.

Almost every election new parties come and go as diverse issues arise. In 1973, as Dean Jaensch reports ‘none [of the independent parties] were successful in winning a seat’ as, he suggests, was a pattern based on previous elections[5]. But perhaps the point of the Happy Birthday Party was never to win a seat, but to call attention to the quality of nominated candidates, the hot issue for the party.

In the end, Susie Creamcheese and the Happy Birthday Party won six percent of the Unley vote.

I would love to discover more about Susie Creamcheese and the Happy Birthday Party. If you have a memory to share please do so in the comments below, or contact me at cmiddleton@history.sa.gov.au 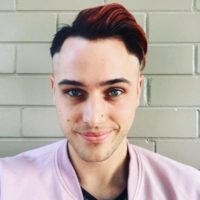